Last summer, Pockets Filled With Posies created small cocktail table centerpieces for the then 19th Illinois State Senate candidate Mike Hastings.  This January, we were thrilled to help him after his Inauguration ceremony by creating centerpieces for his celebratory dinner at the Illinois Governor’s Mansion as well as sitting on the Inauguration Committee formed to plan this historic (Mike is the youngest elected Illinois State Sentator in history) occasion.

The Governor’s Mansion (added to the National Register of Historic Places back in 1976) was built in 1855 and is filled with parlors, sitting rooms, and libraries.  It is decorated much like it would look in the 19th century, complete with gold gilded accents, beautiful china, grand winding staircases, and sparkling crystal chandeliers.

Mike was on a strict budget and A. also had to worry about transporting centerpieces day-off down to Springfield in the cold January weather.  A. decided to get “the most bang for her buck” by using the same flower “en masse” to create a full, seamless look.  She borrowed muted metal urns from her incredibly creative friend and colleague Kristen Janes of Kio Kreations and created domed centerpieces to keep with the historic feel of the Mansion yet give it a modern and new edge (that the youngest IL State Senator brings to the state capitol).  A. added gold wire accents (candles weren’t allowed in the historic venue) to compliment the gold in the room and add sparkle and interest. 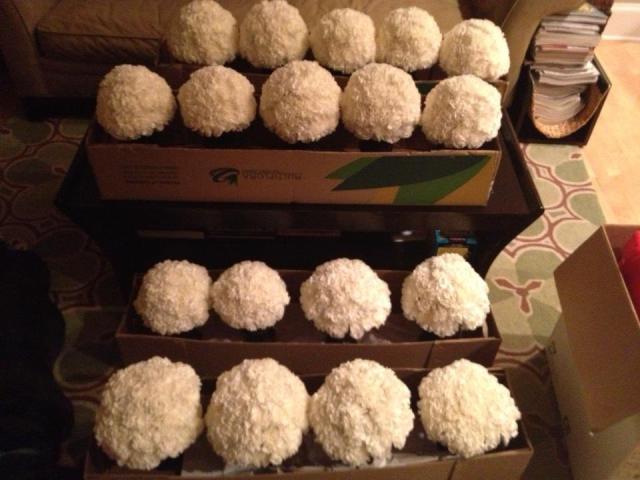 This is what 750 stems of white carnations look like all packed up and ready for the trip to Springfield!

Carnation domed centerpiece in small black urn with gold wire accent (to compliment the gold throughout the Mansion). 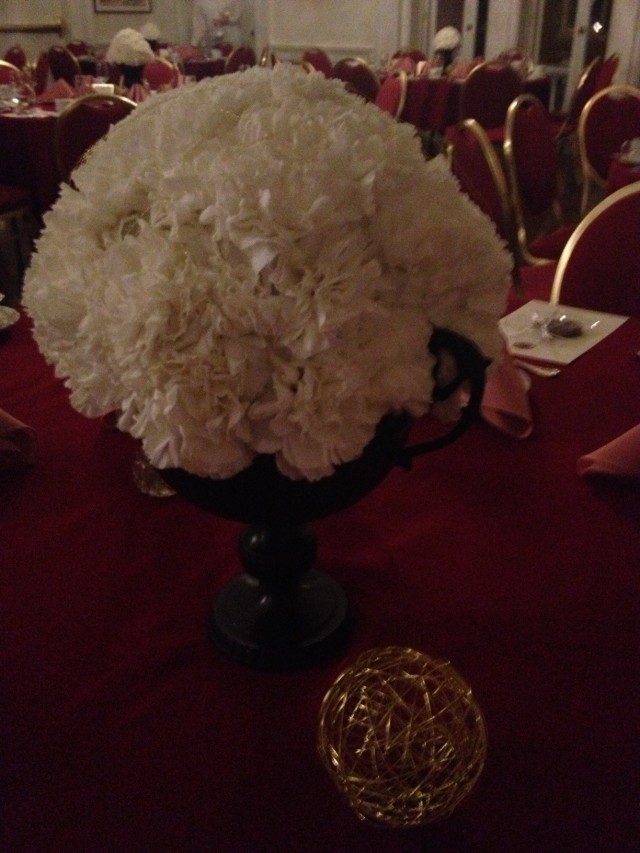 Abraham Lincoln’s pondering how amazing the centerpieces look on such a small budget!

It was A.’s idea to give Mike’s guest oversized chocolate penny’s with Illinois’ most famous politician emblazoned on the front as parting gifts

P. is first generation Irish on her mother’s side so St. Patrick’s Day is a big deal.  P. had the whole family over for a traditional Irish meal and created this multidimensional centerpiece that incorporated orange astromara, moss, peat covered rocks and 2 pots of clovers to represent shamrocks and the thousands of shades of green that the beautiful emerald isle contains (and a mischievous leprechaun and his pot of gold for a little added fun!).

Adding to the tablescape are P.’s antique store candelabra finds- which were covered in years of wax, dust and grime but transformed into a sparkling delight with a little elbow grease! 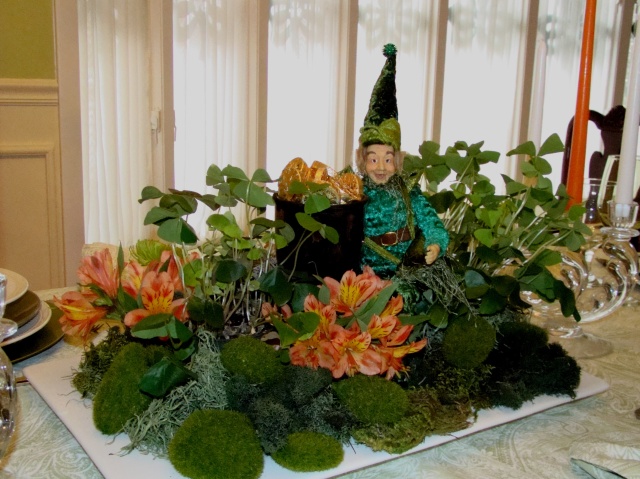 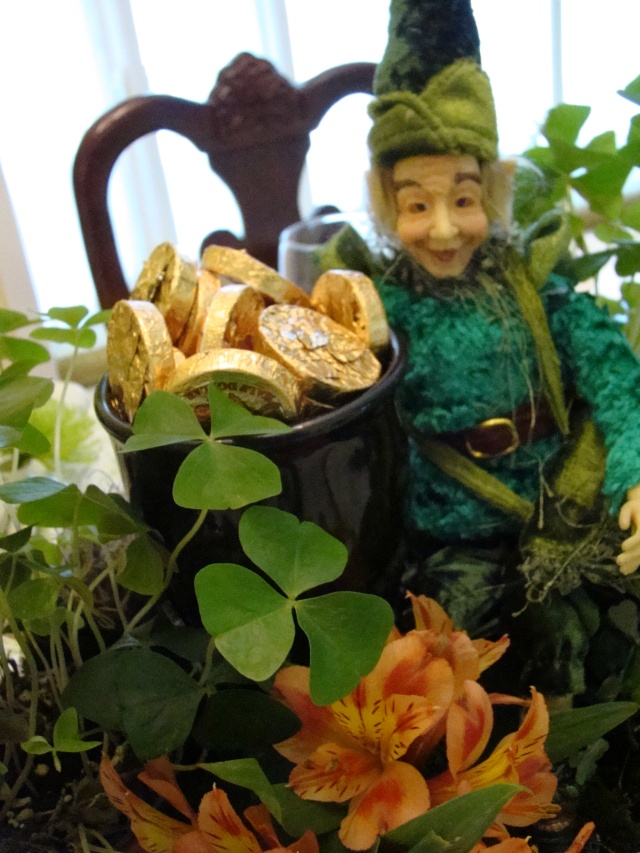